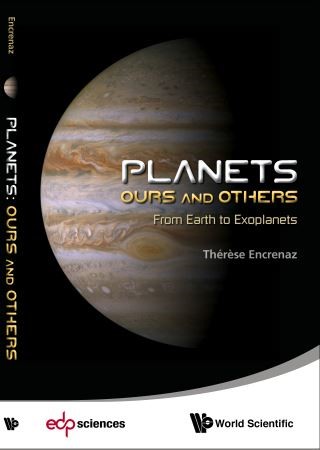 Planets: Ours And Others - From Earth To Exoplanets

From Earth to Exoplanets

What is a planet? The answer may seem obvious; still, the definition of a planet has continuously evolved over the centuries, and their number has changed following successive discoveries. In 2006, the decision endorsed by the International Astronomical Union to remove Pluto from the list of planets has well illustrated the difficulty associated with their definition. The recent discovery of hundreds of exoplanets around nearby stars of our Galaxy opens a new and spectacular dimension to astrophysics. We presently know very little about the physical nature of exoplanets. In contrast, our knowledge on solar system planets has made huge progress over the past decades, thanks, especially, to space planetary exploration. The purpose of this book is first to characterize what planets are, in their global properties and in their diversity. Then, this knowledge is used to try to imagine the physical nature of exoplanets, starting from the few parameters we know about them. Throughout, we keep in mind the ultimate question of the search for possible extraterrestrial life: Could life exist or have existed in the solar system and beyond?Thérèse Encrenaz is Emeritus Senior Scientist at the Centre National de la Recherche Scientifique. She works at the Observatoire de Paris, at the Laboratoire d'Etudes Spatiales et d'Instrumentation en Astrophysique (LESIA). She is a specialist of the study of planetary atmospheres, and has been involved in several space missions.