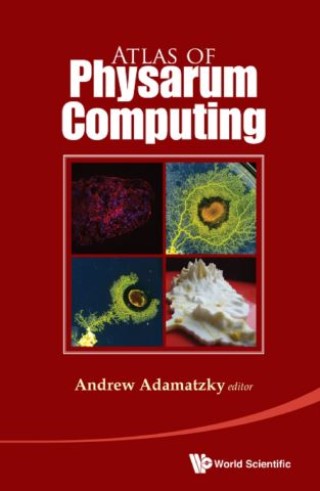 The slime mould Physarum polycephalum is a large cell visible by the unaided eye. It behaves as an intelligent nonlinear spatially extended active medium encapsulated in an elastic membrane. The cell optimises its growth patterns in configurations of attractants and repellents. This behaviour is interpreted as computation. Numerous prototypes of slime mould computers were designed to solve problems of computational geometry, graphs and transport networks and to implement universal computing circuits.In this unique set of scientific photographs and micrographs, the leading experts in computer science, biology, chemistry and material science illustrate in superb detail the nature of the slime mould computers and hybrid devices. Every photograph or micrograph in this book is of real scientific, theoretical or technological interest. Each entry includes a self-contained description of how the visualised phenomenon is used in the relevant slime mould computer. This atlas is unique in providing the depth and breadth of knowledge in harnessing behaviour of the slime mould to perform computation. It will help readers to understand how exploitation of biological processes has sparked new ideas and spurred progress in many fields of science and engineering.