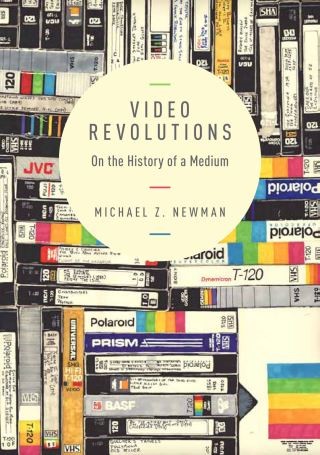 On the History of a Medium

Since the days of early television, video has been an indispensable part of culture, society, and moving-image media industries. Over the decades, it has been an avant-garde artistic medium, a high-tech consumer gadget, a format for watching movies at home, a force for democracy, and the ultimate, ubiquitous means of documenting reality. In the twenty-first century, video is the name we give all kinds of moving images. We know it as an adaptable medium that bridges analog and digital, amateur and professional, broadcasting and recording, television and cinema, art and commercial culture, and old media and new digital networks.

In this history, Michael Z. Newman casts video as a medium of shifting value and legitimacy in relation to other media and technologies, particularly film and television. Video has been imagined as more or less authentic or artistic than movies or television, as more or less democratic and participatory, as more or less capable of capturing the real. Techno-utopian rhetoric has repeatedly represented video as a revolutionary medium, promising to solve the problems of the past and the present—often the very problems associated with television and the society shaped by it—and to deliver a better future. Video has also been seen more negatively, particularly as a threat to movies and their culture. This study considers video as an object of these hopes and fears and builds an approach to thinking about the concept of the medium in terms of cultural status.

Michael Z. Newman: Michael Z. Newman is an associate professor at the University of Wisconsin–Milwaukee. He is the author of Indie: An American Film Culture and coauthor of Legitimating Television: Media Convergence and Cultural Status.