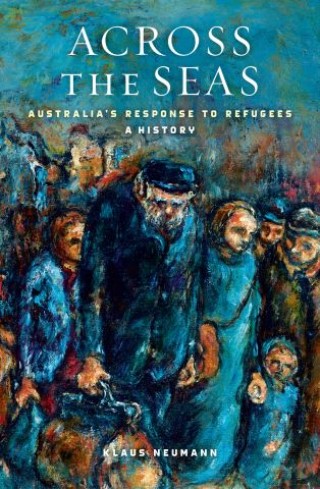 Australia's Response to Refugees: A History

Today, Australia’s response to asylum-seeking ‘boat people’ is a hot-button issue that feeds the political news cycle. But the daily reports and political promises lack the historical context that would allow for informed debate. Have we ever taken our fair share of refugees? Have our past responses been motivated by humanitarian concerns or economic self-interest? Is the influx of ‘boat people’ over the last fifteen years really unprecedented?

In this eloquent and informative book, historian Klaus Neumann examines both government policy and public attitudes towards refugees and asylum seekers since Federation. He places the Australian story in the context of global refugee movements, and international responses to them. Neumann examines many case studies, including the resettlement of displaced persons from European refugee camps in the late 1940s and early 1950s, and the panic generated by the arrival of Vietnamese asylum seekers during the 1977 federal election campaign. By exploring the ways in which politicians have approached asylum-seeker issues in the past, Neumann aims to inspire more creative thinking about current refugee and asylum-seeker policy.

‘Klaus Neumann has written a humane, engrossing book imbued with the awareness that in telling the history of Australia, one tells the story of immigration. Immigrants – always resisted, always blasted by invective and ever essential to our society and polity – show us ourselves through the heroic journeys of ancestors, the recurrent frenzies of resistance, right up to our present parlous state as the most supposedly tolerant intolerant society on earth. But if you think you’ve read all this before, you should know Neumann has brought to this book a novelty of approach, a freshness of perception, that means all the others have been mere preparation.’—Tom Keneally

Klaus Neumann is a historian based at Swinburne University’s Institute for Social Research. His 2006 book In the Interest of National Security won the John and Patricia Ward History Prize, while his Refuge Australia: Australia’s Humanitarian Record (2004) won the Australian Human Rights Commission’s 2004 Human Rights Award for Non-Fiction.