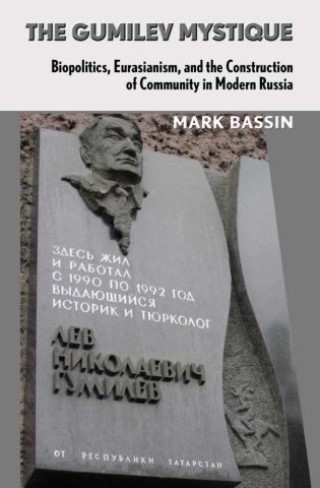 Biopolitics, Eurasianism, and the Construction of Community in Modern Russia

Since the collapse of the Soviet Union, the legacy of the historian, ethnographer, and geographer Lev Nikolaevich Gumilev (1912–1992) has attracted extraordinary interest in Russia and beyond. The son of two of modern Russia’s greatest poets, Nikolai Gumilev and Anna Akhmatova, Gumilev spent thirteen years in Stalinist prison camps, and after his release in 1956 remained officially outcast and professionally shunned. Out of the tumult of perestroika, however, his writings began to attract attention and he himself became a well-known and popular figure. Despite his highly controversial (and often contradictory) views about the meaning of Russian history, the nature of ethnicity, and the dynamics of interethnic relations, Gumilev now enjoys a degree of admiration and adulation matched by few if any other public intellectual figures in the former Soviet Union. He is freely compared to Albert Einstein and Karl Marx, and his works today sell millions of copies and have been adopted as official textbooks in Russian high schools. Universities and mountain peaks alike are named in his honor, and a statue of him adorns a prominent thoroughfare in a major city. Leading politicians, President Vladimir Putin very much included, are unstinting in their deep appreciation for his legacy, and one of the most important foreign-policy projects of the Russian government today is clearly inspired by his particular vision of how the Eurasian peoples formed a historical community.

In The Gumilev Mystique, Mark Bassin presents an analysis of this remarkable phenomenon. He investigates the complex structure of Gumilev’s theories, revealing how they reflected and helped shape a variety of academic as well as political and social discourses in the USSR, and he traces how his authority has grown yet greater across the former Soviet Union. The themes he highlights while untangling Gumilev’s complicated web of influence are critical to understanding the political, intellectual, and ethno-national dynamics of Russian society from the age of Stalin to the present day.

Mark Bassin is Baltic Sea Professor of the History of Ideas at Södertörn University in Stockholm. He is the author of Imperial Visions: Nationalist Imagination and Geographical Expansion in the Russian Far East, 1840–1865 and coeditor most recently of Between Europe and Asia: The Origins, Theories, and Legacies of Russian Eurasianism. Ronald Grigor Suny is William H. Sewell Jr. Distinguished University Professor of History at the University of Michigan and the author most recently of "They Can Live in the Desert But Nowhere Else:" A History of the Armenian Genocide.