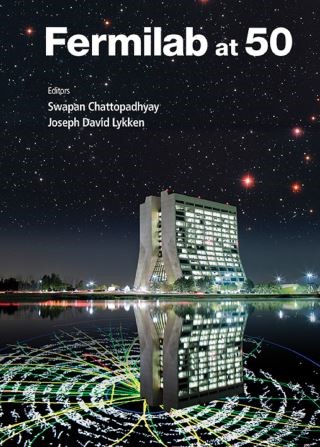 'A light read, this book will appeal to all the scientists who at some point in their career stepped on the floor of Fermilab. It will also appeal to those readers who are interested in discovering more about the history of the laboratory through the records of the people who participated in it, whether it was directly or indirectly.'

CERN Courier
Fermilab — originally called the National Accelerator Laboratory — began operations in Illinois on June 15, 1967. Operated and managed by The University of Chicago and Universities Research Association, LLC for the US Department of Energy, it has the distinction of being the only US national laboratory solely dedicated to the advancement of high-energy particle physics, astrophysics and cosmology. It has been the site of major discoveries and observations: the top and bottom quarks; the tau neutrino; direct CP violation in kaon decays; a quasar 27 billion light years away from us; origin of high-energy cosmic rays; and confirmation of the evidence of dark energy, among others. For 25 years it operated the world's highest energy particle collider, the Tevatron. Fermilab contributed collaboratively to the Tevatron's successor, the Large Hadron Collider, which discovered the Higgs boson in 2012. Fermilab's core competencies in accelerators, superconducting technologies, detectors and computing have positioned the laboratory for a bright future at the frontiers of science. Today Fermilab scientists, engineers, technicians together with partners from 50 countries are working to explore the nature of the elusive neutrino, enable future x-ray photon science facilities, and construct and exploit higher-energy and higher-intensity particle accelerators. Fermilab is a designated 'American Physical Society Historic Site'.In this commemorative volume, scientific leaders from around the world celebrate Fermilab's 50th anniversary with thoughts on the laboratory's past, present and future.