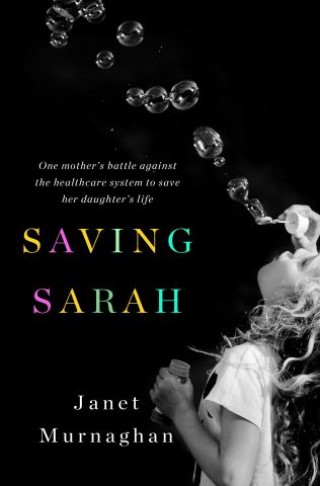 When her daughter desperately needed a lung transplant to survive, Janet Murnaghan rallied against the outdated restrictions in healthcare that would limit her daughter's options.

Sarah had been dying of cystic fibrosis since the day she was born. The disease quickly ravaged her lungs and little body bit-by-bit. Fragile and frail, she had only weeks to live, when her mom realized the reality of Sarah’s situation: transplant laws, restricting access to lungs based on arbitrary age restrictions, meant Sarah’s options were limited. The injustice of her daughter’s fate spurred Janet to start a public battle against outdated health care regulations and a battle to save Sarah’s life.

Janet transformed her pain and desperation into a voice for Sarah and other kids using social media to broadcast the unfairness, which was robbing Sarah of her right to life with the help of friends and family who emerged as Sarah’s army. How does a family navigate catastrophic illness and life in a hospital, while still maintaining a sense of normalcy? Saving Sarah is a story of hope and courage, and a mother’s determination to never give up. It's also the story of how a family—Janet and her husband Fran have four other children—reacts and adjusts when one of its members is in ongoing crisis.

“I need to fight, and I cannot fight and fall apart at the same time. Each single moment is all that matters.” —from Saving Sarah

Janet Murnaghan: JANET MURNAGHAN is a former television news producer and public relations executive. When her daughter Sarah was denied a life-saving double lung transplant, she led a campaign to save her daughter’s life with the support of the media, members of Congress, and the general public. Formerly from the suburbs of Philadelphia, she now lives in Florida with her husband and five children. Saving Sarah is her first book.