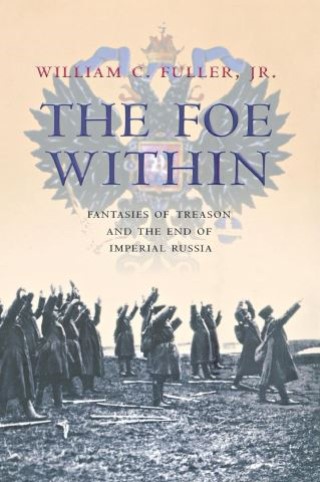 Fantasies of Treason and the End of Imperial Russia

In the early morning of March 19, 1915, Lt. Colonel S. N. Miasoedov, a former gendarme officer on active duty with the Russian army in World War I, was hanged after a two-hour trial in Warsaw for treason. Although he was innocent of this charge, Miasoedov's hasty execution, set against the army's disastrous performance in the war against Germany, touched off a wave of "spy mania" that resulted in hundreds of arrests and eventually involved the highest reaches of the Russian Empire, including the minister of war, General V. A. Sukhomlinov, who was arrested for the same crime the following year.

The trials of Miasoedov and Sukhomlinov and the purported revelations of elaborate networks of pro-German spies were for many Russians the principal explanation for the military catastrophes Russia had endured at Germany's hands since the beginning of World War I. This belief gradually took hold among the Russian public at large and politicians of all stripes. Today, the fact that both Miasoedov and Sukhomlinov were innocent of treason has been universally accepted, but the full story of the events leading up to their fallacious prosecutions has never before been completely revealed. As told here by William C. Fuller, Jr., it is an astonishing narrative full of vivid incident and populated by a cast of characters that includes the emperors of both Germany and Russia, Baltic noblemen, tsarist generals, courtesans, war profiteers, peasants, Jewish businessmen, tsarist ministers, German spymasters, and Rasputin.

In the course of reconstructing the events he so deftly relates, Fuller explains how they crippled the Russian monarchy and paved the way for the February Revolution of 1917. The book also situates the cases against the backdrop of Russia's increasingly toxic political culture; bureaucratic politics; and popular attitudes in late imperial Russia toward capitalists, Jews, Germans, and women. The Foe Within is an unprecedented portrait of a regime so riddled with intrigue and corruption that its collapse in the face of mounting military and economic difficulty comes to seem all but inevitable.