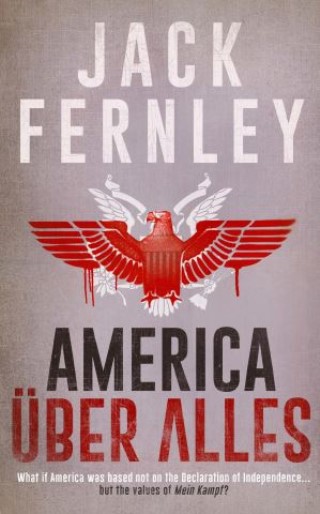 Germany, April 1945. As the Russians close in on Berlin, a lone plane flies into the city. On board are General Robert Ritter von Greim and the Nazi flying ace, Hanna Reitsch, summoned by Hitler to his bunker. There, the Führer reveals Germany’s secret weapon – a weapon he believes will win the war for the Nazis and change the course of history for ever.

America, December 1776. George Washington and his army are close to collapse, the War of Independence is almost lost. The British army scent victory, aided by the arrival of extraordinary German mercenaries. However, when the Germans offer the Americans secret intelligence to allow a surprise attack on their supposed allies, it becomes clear that all is not as it seems. Who are these Germans and what are they fighting for?

Fast-paced, thrilling and thought-provoking, America Über Alles imagines a world in which the American War of Independence becomes a struggle for democratic values against fascist ideology.

Jack Fernley: Jack Fernley is the pen name of a leading British television executive. Over his career he has been involved with programmes as varied as Strictly Come Dancing, Top of the Pops, Dragons’ Den, Top Gear, Dancing with the Stars and The Crown. He lives in London.