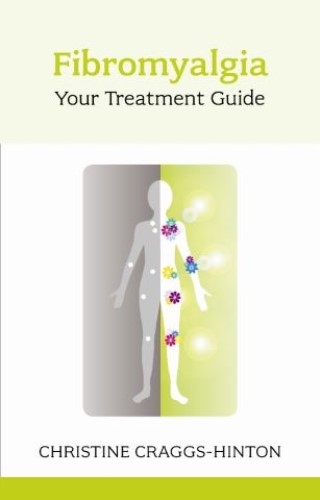 Treatment for fibromyalgia has progressed in leaps and bounds over the past 10 years as recognition of the condition increases. FM is now the second or third most common diagnosis made by British rheumatologists, and was listed as one of the three most common diagnoses in a survey of Canadian rheumatologists. It is probably more common than these figures suggest. It's now recognised that symptoms can be greatly improved by proper management. This book is packed with information about the best medications and self-help therapies available, with a strong focus on improving symptoms, including pain and aching muscles, fatigue and poor sleep, IBS, joint stiffness, headaches and migraine, urinary frequency, dizziness, sensitivity and cognitive problems. Other topics include: neurological dysfunctions in fibromyalgia; how to reduce stiffness and fatigue; coping with other problems such as addressing anxiety, depression and stress; how exercise can help; pacing and relaxation; a healthy diet, including intolerances, allergies and supplements; natural remedies

Christine Craggs-Hinton: I was born in Bradford, West Yorkshire (at Station House on Laisterdyke railway station) and have a younger brother, called Glenn. After marrying, I moved to Baildon, Shipley, and had my three sons Mark, James and Matthew. I took nine happy years off work with my little ones, after which I found employment as a Revenue Officer at the Accounts Office in Shipley. Unfortunately, in 1991, I became very ill with fibromyalgia and spent most of my time either in bed or attempting to research the condition. After joining my local fibromyalgia support group, I started writing the monthly newsletter. It dawned on me then that my articles could be put into a book, so I began the arduous but very enjoyable task of writing 'Living with Fibromyalgia', which took four long years. I have written 17 further books and greatly enjoyed being so productive. In 2007, however, I decided that I needed to move to a warmer climate to help my condition. My boys were grown up by then and living their own lives, so my husband and I moved to Tenerife where I began walking along the prom every day - very pleasant indeed. I write articles for the Canarian Weekly newspaper, and am the agony aunt for that same publication. I also write for FaMily, the UKfibromyalgia.com monthly newsletter. My latest book is 'Natural Treatments for Arthritis', which is due out in March 2011. I enjoy writing greatly, and thank all the people who have read my books. Christine