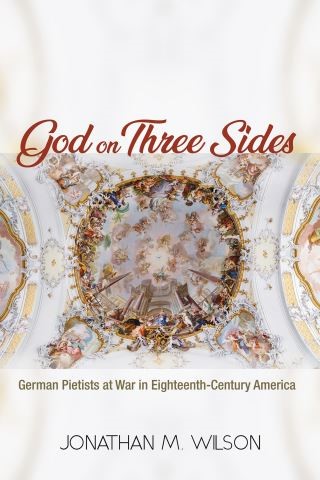 Do people who follow the same religion the same way also make the same political choices? Even if that might not be always true, is it true enough that it should be treated as an axiom in America's popular culture? God on Three Sides explores two communities where ethnic Germans in early America followed the same religion in the same way but, within each community, held very different views regarding the political issues of the eighteenth century. The political issues in focus are what surfaced in the crises of the wars against the French, the engagement with indigenous peoples, and the American Revolution.

Jonathan M. Wilson: Jonathan M. Wilson is an ordained pastor in call in the Evangelical Covenant Church. In 2015, he received a PhD in historical studies; his research focus continues to be immigrant Lutheran Pietism. Since 2014 he has been juggling service as an adjunct instructor at North Park Theological Seminary (Chicago) with his pastoral vocation.