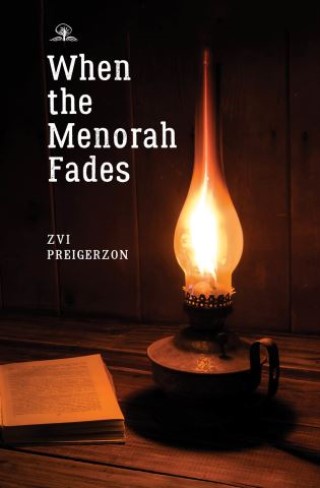 When the Menorah Fades

When the Menorah Fades is a fictionalized account of the town of Hadiach, Ukraine, a small Jewish community destroyed by Nazi occupation during World War II. Based on interviews with the surviving residents of Hadiach, Zvi Preigerzon imagines the everyday experiences of ordinary Jewish people during the war. Interweaved with Hebrew and Yiddish expressions and songs, biblical metaphors, and Kabbalistic spiritual elements, a story emerges: resistance in the face of unimaginable cruelty.

A former prisoner of Stalin’s Gulag, Preigerzon wrote this book in complete secrecy, even hiding its existence from his own family. It was originally published under a pen name in Hebrew in 1966 and now appears in English with an introduction by the author’s grandson.

Zvi Preigerzon (1900–1969) was born in the village of Shepetovka, Ukraine. He was a prolific writer in Hebrew and was imprisoned in the Gulag for writing about the suffering of Jews during the Holocaust. He is the author of Memoirs of a Gulag Prisoner, When the Menorah Fades, and several other books, stories and poems.