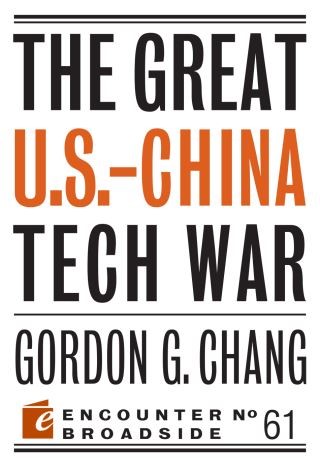 The United States and China are locked in a “cold tech war,” and the winner will end up dominating the twenty-first century.

Beijing was not considered a tech contender a decade ago. Now, some call it a leader. America is already behind in critical areas.

It is no surprise how Chinese leaders made their regime a tech powerhouse. They first developed and then implemented multiyear plans and projects, adopting a determined, methodical, and disciplined approach. As a result, China’s political leaders and their army of technocrats could soon possess the technologies of tomorrow.

America can still catch up. Unfortunately, Americans, focused on other matters, are not meeting the challenges China presents. A whole-of-society mobilization will be necessary for the U.S. to regain what it once had: control of cutting-edge technologies. This is how America got to the moon, and this is the key to winning this century.

Americans may not like the fact that they’re once again in a Cold War–type struggle, but they will either adjust to that reality or get left behind.

Gordon G. Chang:
Gordon G. Chang, who lived and worked in Asia for almost two decades, is the author of Losing South Korea, Nuclear Showdown: North Korea Takes on the World, and The Coming Collapse of China.