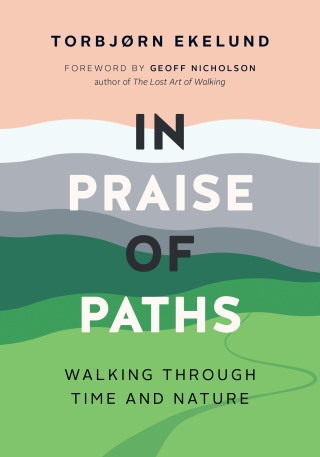 In Praise of Paths

Walking through Time and Nature

An ode to paths and the journeys we take through nature, as told by a gifted writer who stopped driving and rediscovered the joys of traveling by foot.

Torbjørn Ekelund started to walk—everywhere—after an epilepsy diagnosis affected his ability to drive. The more he ventured out, the more he came to love the act of walking, and an interest in paths emerged. In this poignant, meandering book, Ekelund interweaves the literature and history of paths with his own stories from the trail. As he walks with shoes on and barefoot, through forest creeks and across urban streets, he contemplates the early tracks made by ancient snails and traces the wanderings of Romantic poets, amongst other musings. If we still “understand ourselves in relation to the landscape,” Ekelund asks, then what do we lose in an era of car travel and navigation apps? And what will we gain from taking to paths once again?

Torbjørn Ekelund is a writer, author, and co-founder of Harvest, an online magazine documenting wilderness adventures, environmental issues, and our relationship with nature. He lives in Oslo, Norway.

Geoff Nicholson is the author of multiple books including The Lost Art of Walking. His writings have appeared in the New York Times and the Guardian, amongst others, and he is a contributing editor to the Los Angeles Review of Books.