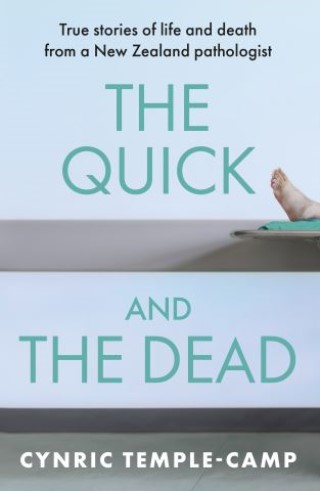 The Quick and the Dead

True stories of life and death from a New Zealand pathologist

True stories of life and death from a New Zealand pathologist

From the number-one bestselling author of The Cause of Death comes a book about the unlikely, extraordinary, obscure and often tragic ways humans meet their end.

A dead body without a trace of trauma; alien parasites; worms of the brain; crocodile attacks and bizarre eating disorders ... In The Quick and the Dead, pathologist Dr Cynric Temple-Camp takes readers into a world of disease and death as he seeks answers for those who were unlucky, and those still alive to tell the tale.

Cynric Temple-Camp: Originally from South Africa, pathologist Dr Temple-Camp spent the early part of his career in war-torn Rhodesia examining the dead and dying. He came to New Zealand in the 1970s and has since worked on over 2000 cases.