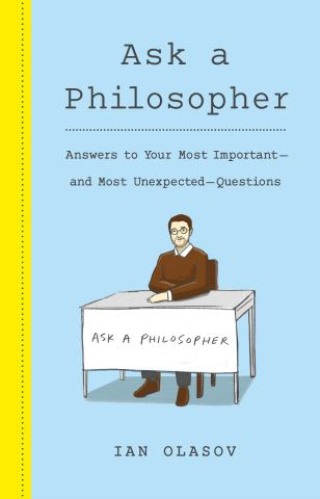 Answers to Your Most Important and Most Unexpected Questions

A collection of answers to the philosophical questions on people's minds—from the big to the personal to the ones you didn't know you needed answered.

Based on real-life questions from his Ask a Philosopher series, Ian Olasov offers his answers to questions such as:

Ian Olasov is an adjunct professor and doctoral candidate at the City University of New York, Graduate Center. His writing has appeared in Slate, Vox, Public Seminar, and elsewhere.

Olasov won the American Philosophical Association’s Public Philosophy Op-Ed Prize in 2016 and 2018. He runs the Ask a Philosopher booth in locations around New York City and lives in Brooklyn, NY.