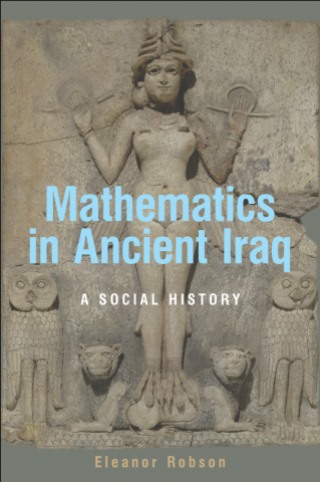 This monumental book traces the origins and development of mathematics in the ancient Middle East, from its earliest beginnings in the fourth millennium BCE to the end of indigenous intellectual culture in the second century BCE when cuneiform writing was gradually abandoned. Eleanor Robson offers a history like no other, examining ancient mathematics within its broader social, political, economic, and religious contexts, and showing that mathematics was not just an abstract discipline for elites but a key component in ordering society and understanding the world.


The region of modern-day Iraq is uniquely rich in evidence for ancient mathematics because its prehistoric inhabitants wrote on clay tablets, many hundreds of thousands of which have been archaeologically excavated, deciphered, and translated. Drawing from these and a wealth of other textual and archaeological evidence, Robson gives an extraordinarily detailed picture of how mathematical ideas and practices were conceived, used, and taught during this period. She challenges the prevailing view that they were merely the simplistic precursors of classical Greek mathematics, and explains how the prevailing view came to be. Robson reveals the true sophistication and beauty of ancient Middle Eastern mathematics as it evolved over three thousand years, from the earliest beginnings of recorded accounting to complex mathematical astronomy. Every chapter provides detailed information on sources, and the book includes an appendix on all mathematical cuneiform tablets published before 2007.

Eleanor Robson: Eleanor Robsonis reader in ancient Middle Eastern science at the University of Cambridge and a fellow of Darwin College, Cambridge. Her books include Mesopotamian Mathematics, 2100-1600 BC and, edited with Jacqueline Stedall, The Oxford Handbook of the History of Mathematics.