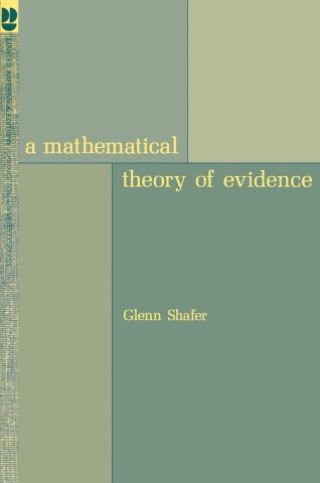 A Mathematical Theory of Evidence


The book opens with a critique of the well-known Bayesian theory of epistemic probability. It then proceeds to develop an alternative to the additive set functions and the rule of conditioning of the Bayesian theory: set functions that need only be what Choquet called "monotone of order of infinity." and Dempster's rule for combining such set functions. This rule, together with the idea of "weights of evidence," leads to both an extensive new theory and a better understanding of the Bayesian theory. The book concludes with a brief treatment of statistical inference and a discussion of the limitations of epistemic probability. Appendices contain mathematical proofs, which are relatively elementary and seldom depend on mathematics more advanced that the binomial theorem.

Glenn Shafer: Glenn Shafer is professor at Rutgers University and director of the Ph.D. program.