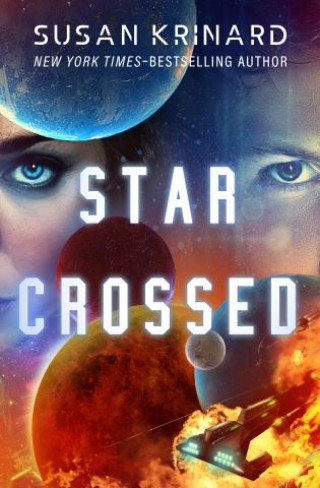 A futuristic romance “filled with nonstop action and exhilarating passion” from the New York Times–bestselling author of the Midgard and Fane series (Literary Times).

When Lady Ariane Burke-Marchand’s brother is killed, a Kalian refugee named Rook Galloway is suspected of the murder. Though Ariane once loved Rook from afar, she now turns her back on him and stokes the flames of hatred between the Marchands and Kalians.

Eight years later, Ariane goes to confront Rook, who is serving out his prison sentence on a brutal planet. Caught in a whirlwind of political turmoil and mutual mistrust, Ariane becomes Rook’s pawn in a desperate game of vengeance. But the desire that once stirred their souls cannot be contained, and Ariane and Rook will find themselves fighting for each other—and the truth.

“The reading world would be a happier place if more paranormal romance writers wrote as well as Krinard.” —Contra Costa Sunday Times