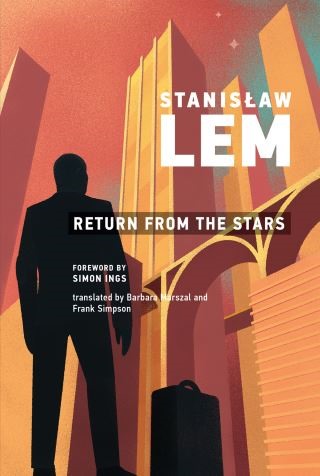 Return from the Stars

An astronaut returns to Earth after a ten-year mission and finds a society that he barely recognizes.

Stanisław Lem's Return from the Stars recounts the experiences of Hal Bregg, an astronaut who returns from an exploratory mission that lasted ten years—although because of time dilation, 127 years have passed on Earth. Bregg finds a society that he hardly recognizes, in which danger has been eradicated. Children are “betrizated” to remove all aggression and violence—a process that also removes all impulse to take risks and explore. The people of Earth view Bregg and his crew as “resuscitated Neanderthals,” and pressure them to undergo betrization. Bregg has serious difficulty in navigating the new social mores.

While Lem's depiction of a risk-free society is bleak, he does not portray Bregg and his fellow astronauts as heroes. Indeed, faced with no opposition to his aggression, Bregg behaves abominably. He is faced with a choice: leave Earth again and hope to return to a different society in several hundred years, or stay on Earth and learn to be content. With Return from the Stars, Lem shows the shifting boundaries between utopia and dystopia.

Stanislaw Lem: Stanisław Lem (1921–2006), a writer called “worthy of the Nobel Prize” by the New York Times, was an internationally renowned author of novels, short stories, literary criticism, and philosophical essays. His books have been translated into forty-four languages and have sold more than thirty million copies.