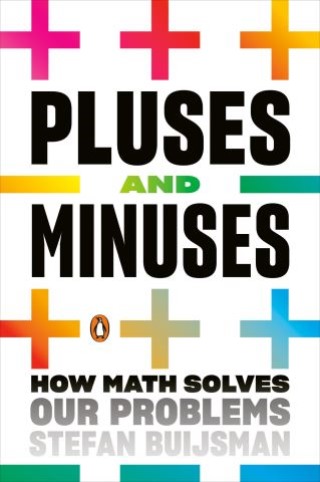 How Math Solves Our Problems

A guide to changing how you think about numbers and mathematics, from the prodigy changing the way the world thinks about math.

We all know math is important: we live in the age of big data, our lives are increasingly governed by algorithms, and we're constantly faced with a barrage of statistics about everything from politics to our health. But what might be less obvious is how math factors into your daily life, and what memorizing all of those formulae in school had to do with it. Math prodigy Stefan Buijsman is beginning to change that through his pioneering research into the way we learn math. Plusses and Minuses is based in the countless ways that math is engrained in our daily lives, and shows readers how math can actually be used to make problems easier to solve. Taking readers on a journey around the world to visit societies that have developed without the use of math, and back into history to learn how and why various disciples of mathematics were invented, Buijsman shows the vital importance of math, and how a better understanding of mathematics will give us a better understanding of the world as a whole.

Stefan Buijsman has become one of the most sought-after experts in math education after he completed his PhD at age 20. In Plusses and Minuses, he puts his research into practice to help anyone gain a better grasp of mathematics than they have ever had.

Stefan Buijsman: Stefan Buijsman (b. 1995) gained a master's degree in philosophy in Leiden at the age of eighteen, after which he moved to Sweden to work on a PhD. Within eighteen months, instead of the usual four years, he gained his doctorate, making him one of the youngest ever PhDs. He is currently studying the philosophy of mathematics as a postdoctoral researcher.