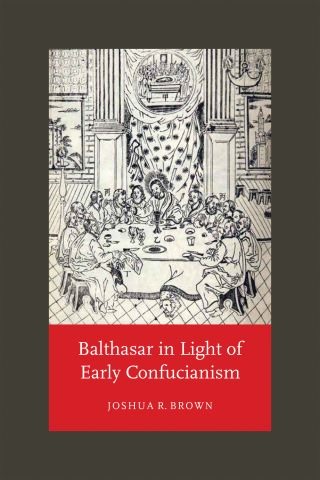 Balthasar in Light of Early Confucianism

In this original study, Joshua Brown seeks to demonstrate the fruitfulness of Chinese philosophy for Christian theology by using Confucianism to reread, reassess, and ultimately expand the Christology of the twentieth-century Catholic theologian Hans Urs von Balthasar. Taking up the critically important Confucian idea of xiao (filial piety), Brown argues that this concept can be used to engage anew Balthasar’s treatment of the doctrine of Christ’s filial obedience, thus leading us to new Christological insights. To this end, Brown first offers in-depth studies of the early Confucian idea of xiao and of Balthasar’s Christology on their own terms and in their own contexts. He then proposes that Confucianism affirms certain aspects of Balthasar’s insights into Christ’s filial obedience. Brown also shows how the Confucian understanding of xiao provides reasons to criticize some of Balthasar’s controversial claims, such as his account of intra-Trinitarian obedience. Ultimately, by rereading Balthasar’s Christology through the lens of xiao, Balthasar in Light of Early Confucianism employs Confucian and Balthasarian resources to push the Christological conversation forward. Students and scholars of systematic theology, theologically educated readers interested in the encounter between Christianity and Chinese culture, and comparative theologians will all want to read this exceptional book.