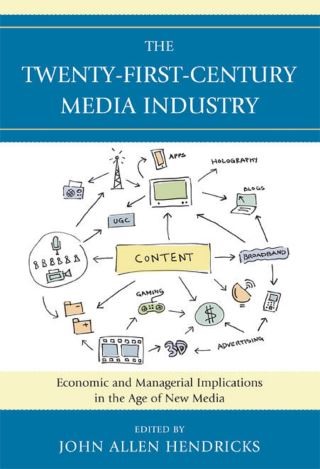 Economic and Managerial Implications in the Age of New Media

The Twenty-First-Century Media Industry: Economic and Managerial Implications in the Age of New Media examines the role that new media technologies are having on the traditional media industry from a media management perspective. Consumer behaviors and consumer expectations are being shaped by new media technologies. They now expect information on-demand and on-the-go as well as at their finger-tips via the Internet. In order to stay relevant, traditional media managers and practitioners are adapting to these consumer demands and expectations by developing new business models and new business philosophies to stay competitive. The contributors to this volume explore the business strategies being implemented by some media industries such as newspapers and the recording industry who are struggling to not only remain competitive and profitable, but also to survive. The Twenty-First-Century Media Industry provides an intriguing examination of how traditional media industries are adapting to new media technologies and evolving in the twenty-first century.