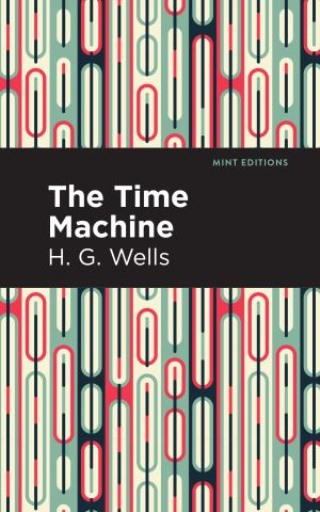 The narrator tells of his incredible journey into the distant future in this landmark of imagination, cornerstone of science fiction and thought provoking look at the possible destiny of humanity.

The Time Machine first appeared in 1896 and stunned readers with a vivid narrative studded with vital ideas unlike any seen in print before. The narrator describes a voyage into the future that depicts the disturbing evolution of society, introduces him to strange companions and stranger foes, and eventually stretches into eras so distant that the dying sun shines dull red an unrecognizable landscape. The sheer scope of the author’s imagination still provokes delight and has provided impetus for countless time travel narratives since.

With an eye-catching new cover, and professionally typeset manuscript, this edition of The Time Machine is both modern and readable.

H.G. Wells (1866-1946) was an English author, social critic, historian, futurist and biographer, but will always be known as one of the founding fathers of science fiction. His novels The First Men in the Moon, The Invisible Man, The War of the Worlds, The Time Machine and others all offer powerful visions of the future that not only remain relevant but continue to be adapted to film and television well over a century after their initial appearance.