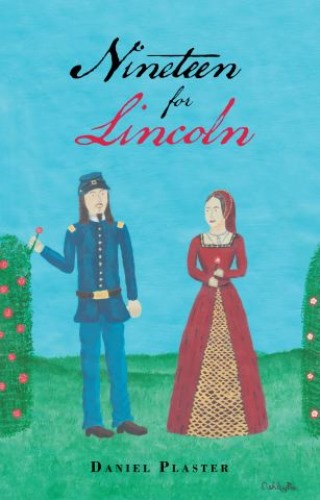 It is 1862 when Union army officer John Kelso halts his small command on a bluff. Moments later, they spy a ghostly shadow in the valley below. After they follow the shadow into a deep cavern, the men see a woman, clad in a white nightgown, kneeling at a bedside. As the frightened form slowly turns to face the squad, the seventeen cavalrymen have no idea they have been inadvertently thrust back in time to the reign of King Henry VIII in Tudor England. This is the day that the former queen, Anne Boleyn, is scheduled to die. After the Yankee soldiers realize they have been somehow transported to a castle in ancient England, they help Anne, accompanied by her almoner, Reverend John Skip, escape her dark destiny. Guided by Anne and Skip, the brigade treks across northeastern England toward a city with a familiar name—Lincoln. While the men wonder if they will ever reach Lincoln alive and find their way home and Anne worries whether she will eventually be executed as planned, the course of history patiently awaits their next move. Nineteen for Lincoln is the tale of a brigade of Union soldiers as they unwittingly embark on a trip through time back to 1500s England where they must rescue a former queen from a dark fate.

Daniel Plaster: Daniel J. Plaster is a historian and writer who earned a Bachelor of Arts in history from the College of the Ozarks. He is a campus safety specialist in the Office of University Safety at Missouri State University. Daniel lives in Missouri with his wife, Sarah, and son, Lucas. Nineteen for Lincoln is his debut novel.