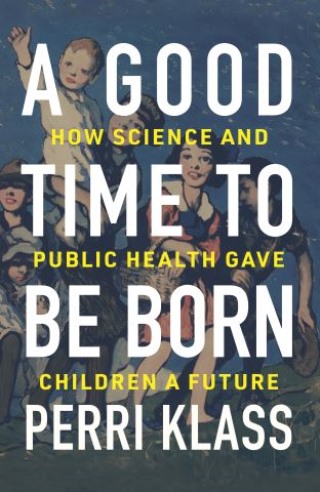 A Good Time to Be Born: How Science and Public Health Gave Children a Future

The fight against child mortality that transformed parenting, doctoring, and the way we live.

Only one hundred years ago, in even the world’s wealthiest nations, children died in great numbers—of diarrhea, diphtheria, and measles, of scarlet fever and tuberculosis. Throughout history, culture has been shaped by these deaths; diaries and letters recorded them, and writers such as Louisa May Alcott, W. E. B. Du Bois, and Eugene O’Neill wrote about and mourned them. Not even the powerful and the wealthy could escape: of Abraham and Mary Lincoln’s four children, only one survived to adulthood, and the first billionaire in history, John D. Rockefeller, lost his beloved grandson to scarlet fever. For children of the poor, immigrants, enslaved people and their descendants, the chances of dying were far worse.

The steady beating back of infant and child mortality is one of our greatest human achievements. Interweaving her own experiences as a medical student and doctor, Perri Klass pays tribute to groundbreaking women doctors like Rebecca Lee Crumpler, Mary Putnam Jacobi, and Josephine Baker, and to the nurses, public health advocates, and scientists who brought new approaches and scientific ideas about sanitation and vaccination to families. These scientists, healers, reformers, and parents rewrote the human experience so that—for the first time in human memory—early death is now the exception rather than the rule, bringing about a fundamental transformation in society, culture, and family life.

Perri Klass: Perri Klass is a professor of journalism and pediatrics at New York University, codirector of NYU Florence, and national medical director of?Reach Out and Read. She writes the weekly column The Checkup for the New York Times.