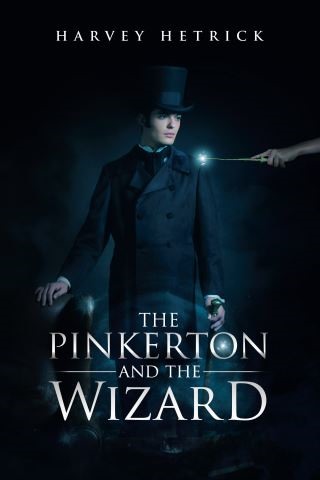 The Pinkerton and the Wizard

A nineteenth-century Pinkerton detective finds his life intertwined with a Lloyd’s insurance detective. Unknown to both of them, but suspected by the Lloyd's detective, the mythological wizard, Merlin, time travels from the twelfth century and covertly assists them in their investigations. While Merlin tries to fit into the nineteenth century, the Pinkerton detective struggles with his personal life after losing his partner during a train robbery.

Harvey Hetrick: Harvey Hetrick, a retired engineer, uses aspects of his creativity and imagination to create a story with a unique blend of medieval intrigue, mystery, myth, magic, and buried treasure. After having earned bachelor degrees from Mississippi State University and the University of Utah, he now resides in Texas and has three daughters.