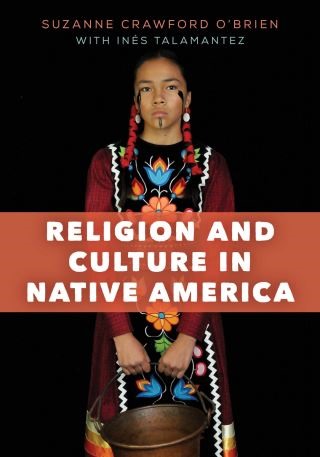 Religion and Culture in Native America

Religion and Culture in Native America presents an introduction to a diverse array of Indigenous religious and cultural practices in North America, focusing on those issues in which tribal communities themselves are currently invested. These topics include climate change, water rights, the protection of sacred places, the reclaiming of Indigenous foods, health and wellness, social justice, and the safety of Indigenous women and girls. Locating such contemporary challenges within their historical, religious, and cultural contexts illuminates how Native communities' responses to such issues are not simply political, but deeply spiritual, informed by sacred traditions, ethical principles, and profound truths.

Key features of this text include:

Suzanne Crawford O'Brien: Suzanne Crawford O’Brien is professor of religion and culture at Pacific Lutheran University. She is the author of Native American Religions Traditions, Coming Full Circle: Spirituality and Wellness Among Native Communities in the Pacific Northwest, and Religion and Healing in Native America: Pathways for Renewal, as well as co-editor of American Indian Religious Traditions: An Encyclopedia.


Inés Talamantez was professor of Religious Studies at the University of California Santa Barbara and founder of their doctoral program in Native American Religious Studies. During her years at UCSB she mentored dozens of graduate students, profoundly shaping this field of study. Her own research centered on her Mescalero Apache community, with particular emphasis on girls' coming of age ceremonies. Her publications include: “In the Space Between the Earth and the Sky,” in Native Religions and Cultures of North America: Anthropology of the Sacred; “The Presence of Isanaklesh. The Apache Female Deity and the Path of Pollen,” updated and reprinted in Unspoken Worlds: Women’s Religious Lives; and Teaching Religion and Healing, co-edited with Linda Barnes. She has a forthcoming book on Isanaklesh Gotal, the coming of age ceremony for Mescalero Apache girls.