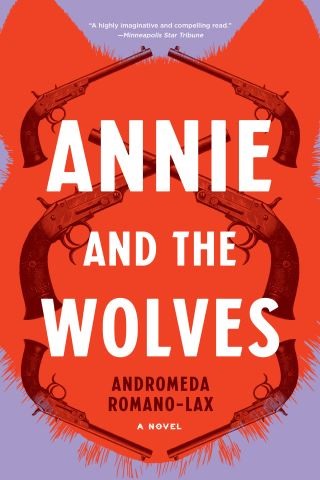 Annie and the Wolves

A modern-day historian finds her life intertwined with Annie Oakley's in an electrifying novel that explores female revenge and the allure of changing one's past.

Ruth McClintock is obsessed with Annie Oakley. For nearly a decade, she has been studying the legendary sharpshooter, convinced that a scarring childhood event was the impetus for her crusade to arm every woman in America. This search has cost Ruth her doctorate, a book deal, and her fiancé—but finally it has borne fruit. She has managed to hunt down what may be a journal of Oakley’s midlife struggles, including secret visits to a psychoanalyst and the desire for vengeance against the “Wolves,” or those who have wronged her.

With the help of Reece, a tech-savvy senior at the local high school, Ruth attempts to establish the journal’s provenance, but she’s begun to have jarring out-of-body episodes parallel to Annie’s own lived experiences. As she solves Annie’s mysteries, Ruth confronts her own truths, including the link between her teenage sister’s suicide and an impending tragedy in her Minnesota town that Ruth can still prevent.

Andromeda Romano-Lax: Andromeda Romano-Lax is the author of The Spanish Bow, a New York Times Editors’ Choice that has been translated into 11 languages; The Detour; Behave; and Plum Rains, which won the Sunburst Award for Excellence in Canadian Literature of the Fantastic, as well as numerous works of nonfiction. She is a co-founder of 49 Writers, a statewide literary organization in Alaska, and lives on a small island in British Columbia.