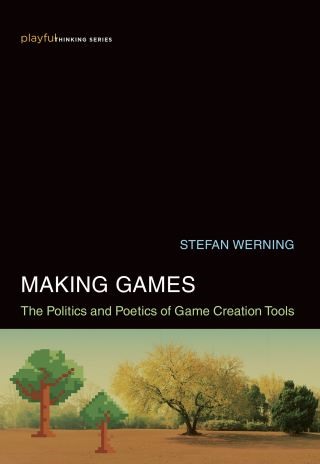 The Politics and Poetics of Game Creation Tools

An argument that production tools shape the aesthetics and political economy of games as an expressive medium.

In Making Games, Stefan Werning considers the role of tools (primarily but not exclusively software), their design affordances, and the role they play as sociotechnical actors. Drawing on a wide variety of case studies, Werning argues that production tools shape the aesthetics and political economy of games as an expressive medium. He frames game-making as a (meta)game in itself and shows that tools, like games, have their own "procedural rhetoric" and should not always be conceived simply in terms of optimization and best practices.

Stefan Werning: Stefan Werning is Associate Professor for Digital Media and Game Studies at Utrecht University. He has worked in the digital games industry, most notably at Codemasters and Nintendo of Europe.