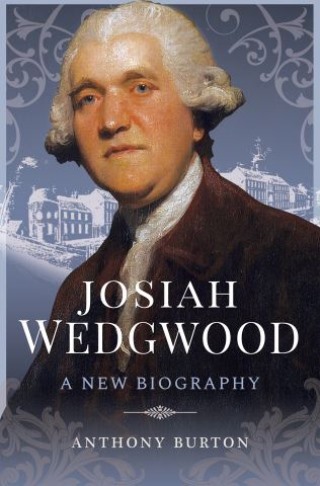 The story of the innovative genius who became pottery maker to royalty—and to the world: “You don't have to know a glaze from a slip to enjoy this.” —Kirkus Reviews

Born in Staffordshire, England, to a family of traditional potters in 1730, Josiah Wedgwood would grow up to revolutionize the industry, founding the company still world-renowned in the twenty-first century. When he started work, the local ware was either fairly rustic, or made to look a little more sophisticated by the addition of heavy glazes. He worked to produce a lighter colored body and to use designs made to appeal to aristocratic tastes, convinced that where they led the rapidly growing middle class would follow. The result was cream ware which, when a whole service was ordered by the royal family, was soon christened queens ware.

But Wedgwood was a distinctive character for more reasons than his artistry. As a businessman, he adopted an early form of mass production, and is believed to be the inventor of many modern marketing techniques such as money-back guarantees and illustrated catalogs. He was also a passionate early abolitionist who used his company to promote the anti-slavery cause, and he pursued the study of chemistry in order to understand the science behind the potter’s art, eventually inventing a kiln thermometer. This fascinating biography brings to life a remarkable eighteenth-century figure.

Anthony Burton:
Anthony Burton is a freelance author and broadcaster, who has specialized in industrial and transport history. He has been involved in around a hundred TV documentaries on these subjects, appearing on all the major networks. He has written biographies of some of the leading characters of the early industrial age: Thomas Telford, Richard Trevithick, Joseph Locke and Matthew Boulton, the latter with Jennifer Tann