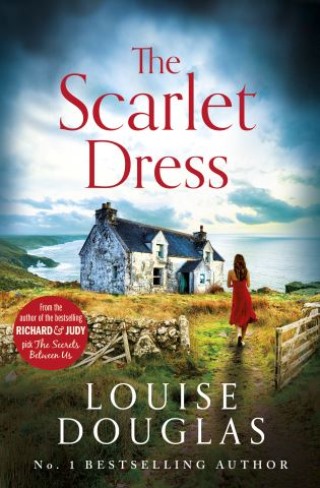 A chilling, unputdownable new novel from the bestselling author of The House By The Sea.'A brilliantly written, gripping, clever, compelling story, that I struggled to put down.' Alice Lang was wearing her favourite scarlet dress when she disappeared twenty-five years ago, and her memory still casts a long shadow.

In the long, hot summer of 1995, twenty-two-year-old Alice Lang rents a caravan on a holiday park on the outskirts of the lively holiday resort of Severn Sands. She befriends Marnie, a shy, damaged little girl whose father is the park's caretaker and whose mother died a few months earlier. Will, whose mother runs the bar, falls in love with Alice, and is unbearably jealous of anyone else she sees. Tensions rise until one evening Alice disappears from her caravan. She's never seen again, and only her scarlet dress is found washed up on the shore.

A quarter of a century later, the town is run down and nobody comes there anymore. Mr and Mrs deVillars, former owners of the holiday park, have passed the failing business onto their son Guy, who promptly sells the land for development. Builders clearing the land to create an expanse of executive homes uncover human bones. It has to be Alice.

Will and Marnie’s lives were entirely shaped by what happened that summer, and now Alice has been found, they must struggle to pin down their memories, to escape the secrets of the past, the lies they told and the unbearable guilt they're both carrying.

They need to find out what happened to Alice. Who killed her? And why?

'A brilliantly written, gripping, clever, compelling story, that I struggled to put down. The vivid descriptions, the evocative plot and the intrigue that Louise created, which had me constantly asking questions, made it a highly enjoyable, absolute treasure of a read.' Kim Nash on The Scarlet Dress

'Another stunning read from the exceptionally talented Louise Douglas! I love the way in which Louise creates such an atmospheric mystery, building the intrigue and suspense brick by brick. Her writing is always beautiful and multi-layered, her characters warm and relatable and the intriguing nature of the mystery makes this unputdownable.’ Nicola Cornick on The Scarlet Dress

'A tender, heart-breaking, page-turning read' Rachel Hore on The House by the Sea

'The perfect combination of page-turning thriller and deeply emotional family story. Superb.’ Nicola Cornick on The House by the Sea

‘Kept me guessing until the last few pages and the explosive ending took my breath away.' C.L. Taylor, author of The Accident on Your Beautiful Lies

‘Beautifully written, chillingly atmospheric and utterly compelling, The Secret by the Lake is Louise Douglas at her brilliant best’ Tammy Cohen, author of The Broken

‘A master of her craft, Louise Douglas ratchets up the tension in this haunting and exquisitely written tale of buried secrets and past tragedy.’ Amanda Jennings, author of Sworn Secret

‘A clammy, atmospheric and suspenseful novel, it builds in tension all the way through to the startling final pages.’ Sunday Express, S Magazine

Louise Douglas is the bestselling and brilliantly reviewed author of 6 novels including The Love of my Life and Missing You - a RNA award winner. The Secrets Between Us was a Richard and Judy Book Club pick. She lives in the West Country.