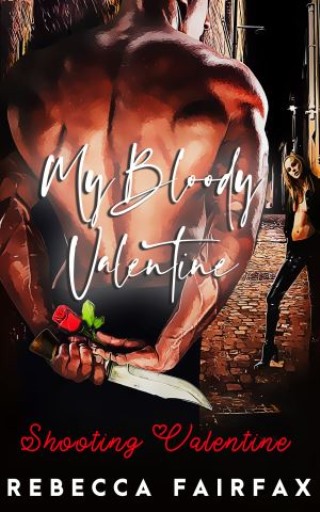 A My Bloody Valentine story

The heart is the most dangerous target.

Rafael de Almeida, Brazil's most gorgeous TV heartthrob, is in London for PR events and to audition for a very different kind of role to the charming seducer he's famous for and tired of. He wants gritty and raw, a part that asks him to do more than flash his sexy smile and flex his killer abs.

Ex-police officer Keeley Stewart has never even seen the historical costume drama Valentin that catapulted Rafael to fame, and couldn't care less. He might be the sexiest man in Brazil, but Keeley, now working for a private agency, just wishes it wasn't her assignment to look after Rafael while he's in London. She can't let him get under her skin, not when she's there to save his.

And literally so, when someone takes a shot at Rafael within minutes of her meeting him. Soon, mounting threats and betrayals leave the pair stuck with each other and on the run, trying to find out who wants Rafael dead. They also discover there's much more to the other than &#8216;dumb cop' and &#8216;spoiled silver-screen star', and that, despite themselves, they have a whole lot more in common than just the white-hot attraction blazing between them...

Rebecca Fairfax: After having lived and worked all over Europe, Rebecca Fairfax is back in her native UK, bursting to share all the stories she's dreamed up and describe all the places she's seen and all the people she’s met. Romantic suspense, light contemporary, urban fantasy—it’s all on the way.Her life is not her own—it belongs to her demanding Old English Sheepdog and her bossy British Blue cat. Once she accepted that, things got easier.