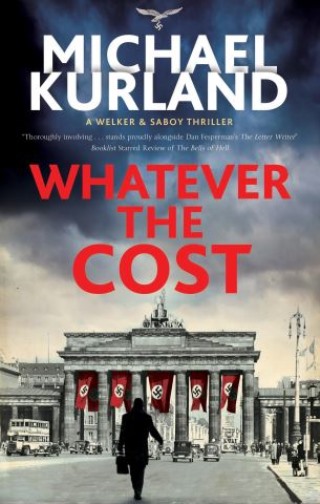 Counter-intelligence agent Jacob Welker is on a special mission to find a group of scientists who could change the course of World War II in this smartly written historical espionage thriller. September 1939. Germany has declared war on Poland, and in German Pomerania, Professor Josef Brun is on the run from the SS, carrying secret documents that could change the course of the war. If he can make it to France or Britain. If he can survive . . . In America, counter-intelligence agent Captain Jacob Welker is handed a special assignment from President Roosevelt. Einstein believes the Nazis are aware of a new super weapon made possible by advances in atomic science, and only a small group of scientists can stop them winning the race to develop it. Enlisting the help of his British friends, Lord Geoffrey and Patricia Saboy, Welker must find the scientists and get them out of Germany from under the Nazi's noses. As a dangerous new world of physics gathers pace, can Welker prevent the war taking a catastrophic new turn?

Michael Kurland: A native of New York City now living on California's Central Coast, Michael Kurland served four years in a branch of Army Intelligence, both in the United States and in Europe. He is the author of over forty books, ranging from fantasy to mystery. He has been nominated for the Edgar award twice, for A Plague of Spies and The Infernal Device, the latter of which was also an American Book Award finalist. The first title in the Welker & Saboy series, The Bells of Hell, is also published by Severn House.