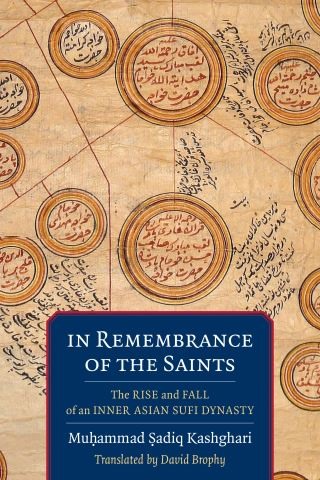 In Remembrance of the Saints

The Rise and Fall of an Inner Asian Sufi Dynasty

In the first half of the eighteenth century, rival dynasties of Naqshbandi Sufi shaykhs vied for influence in the Tarim Basin, part of present-day Xinjiang. In the 1750s, the collapse of the Junghar Mongol state gave one branch of this family an opportunity to assert their independence in the oasis cities of Kashgar and Yarkand. Others sided with the armies of the Qing dynasty, which were massing on the frontiers to invade. The ensuing conflict saw the region incorporated into the expanding Qing imperium.

Three decades afterward, Muḥammad Ṣadiq Kashghari was commissioned to write an account of these Naqshbandi Sufis and their downfall. Blending the genres of collective biography and historical epic, mixing prose and verse, Kashghari’s text vividly depicts religious and political conflicts on the eve of the Qing conquest. It became the most popular and influential Chaghatay-language work to grapple with this divisive period. This volume presents the complete, long recension of In Remembrance of the Saints, translated for the first time into any Western language and extensively annotated with reference to both Islamic and Qing sources. The introduction situates the work in the Inner Asian tradition of Sufi biography and discusses the political factors shaping historical memory in Qianlong-era Xinjiang. Providing a rare local perspective on China’s expansion into Muslim borderlands, this translation sheds light on Xinjiang’s political and religious traditions and makes a foundational work of Inner Asian literature available to students and scholars.