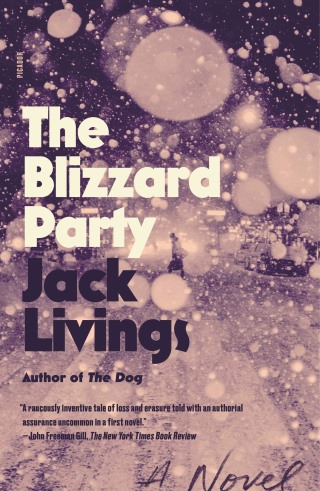 On the night of February 6, 1978, an overwhelming nor'easter struck the city of New York. On that night, on the Upper West Side of Manhattan, in a penthouse apartment of the stately Apelles, a crowd gathered for a grand party. And on that night Mr. Albert Haynes Caldwell—a partner emeritus at Swank, Brady & Plescher; Harvard class of '26; father of three; widower; atheist; and fiscal conservative—hatched a plan to fake a medical emergency and toss himself into the Hudson River, where he would drown. Jack Livings's The Blizzard Party is the story of that night.

Jack Livings: Jack Livings is author of The Dog, which was awarded the PEN / Robert W. Bingham Prize, the Rome Prize for Literature, and was included on best book of the year lists by the Times Literary Supplement and The New York Times. His short stories have appeared in Best American Short Stories and have been awarded two Pushcart Prizes. His first novel is The Blizzard Party.