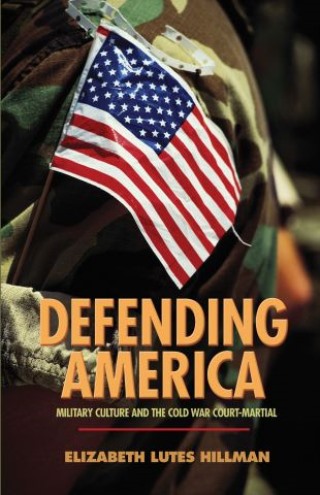 From going AWOL to collaborating with communists, assaulting fellow servicemen to marrying without permission, military crime during the Cold War offers a telling glimpse into a military undergoing a demographic and legal transformation. The post-World War II American military, newly permanent, populated by draftees as well as volunteers, and asked to fight communism around the world, was also the subject of a major criminal justice reform. By examining the Cold War court-martial, Defending America opens a new window on conflicts that divided America at the time, such as the competing demands of work and family and the tension between individual rights and social conformity.


Using military justice records, Elizabeth Lutes Hillman demonstrates the criminal consequences of the military's violent mission, ideological goals, fear of homosexuality, and attitude toward racial, gender, and class difference. The records also show that only the most inept, unfortunate, and impolitic of misbehaving service members were likely to be prosecuted. Young, poor, low-ranking, and nonwhite servicemen bore a disproportionate burden in the military's enforcement of crime, and gay men and lesbians paid the price for the armed forces' official hostility toward homosexuality. While the U.S. military fought to defend the Constitution, the Cold War court-martial punished those who wavered from accepted political convictions, sexual behavior, and social conventions, threatening the very rights of due process and free expression the Constitution promised.