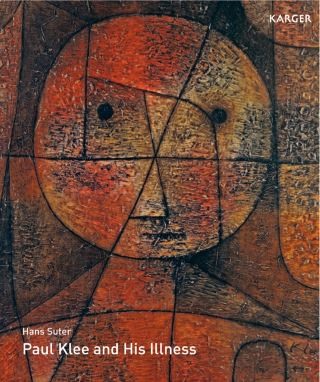 Paul Klee and His Illness

In 1933 Paul Klee’s work was branded as ‘Entartete Kunst’ (Degenerate Art) by the National Socialists and he was dismissed from his professorial post at the Düsseldorf Academy of Fine Arts. This led him, together with his wife Lily, to return to his ‘real home’ of Bern. Here his avant-garde art was not understood and Klee found himself in unasked for isolation. In 1935 Klee started to suffer from a mysterious disease. The symptoms included changes to the skin and problems with the internal organs. In 1940 Paul Klee died, but it was only 10 years after his death that the illness was actually given the name ‘scleroderma’ in a publication about Klee. However, the diagnosis remained mere conjecture. Since his adolescence, the dermatologist and venereologist Dr. Hans Suter has been fascinated by Paul Klee and his art, and more than 30 years ago this fascination spurred him to commence research into the illness and its influence on the art of Paul Klee’s final years. It was due to Dr. Suter’s meticulous investigations that Klee’s illness could be defined as ‘diffuse systemic sclerosis’. In this book the author assembles his findings and describes the rare and complex disease in a clear and comprehensible way. Further, he empathetically interprets more than 90 of Klee’s late works. The point of view of a dermatologist renders a unique source of information. It provides, on one hand, new insights into everyday medical practices at the University of Bern in the 1930s, which will fascinate doctors and local historians alike. While, on the other hand, art historians and art lovers will be absorbed by the newly discovered links between Paul Klee's work and his illness.