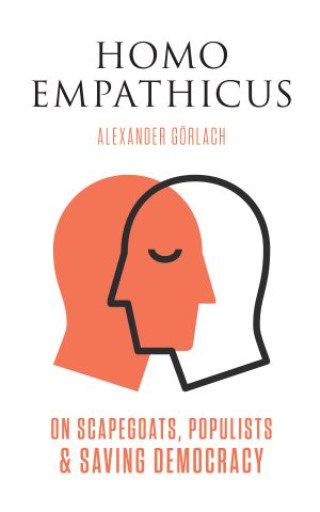 On Scapegoats, Populists, and Saving Democracy

How societies can preserve democracy with a human-directed social contract

The recent rise of populist movements, especially in Western democracies, has prompted considerable thoughtful analysis. This remarkable book, digging deeper than most such efforts, cites the global financial crisis as the proximate cause but finds the ultimate source in the twin failures of modern capitalism and the democratic state to fulfill a meaningful social contract for the vast majority of people.

The book’s focus on the financial crisis underscores how the promises of liberal democracy were repeatedly broken by financial and political elites, with a backlash emerging in the form of “us-against-them” populism. By undermining the hopes and livelihoods of millions of people, the crisis created its own narrative, with consequences capable of causing lasting damage to the liberal world order.

To restore the values of liberal democracy, the author proposes a “truly human social contract” supported by a narrative of empathy. The basis of such a contract is a new view of civil and social rights as an expression of human dignity, with economic factors understood as moral concerns, not just as a matter of who gets the most.

Alexander Görlach is a senior fellow at the Carnegie Council for Ethics in International Affairs and a member of the European Academy of Sciences and Arts. He served in various positions at both Harvard and Cambridge University. Alex holds PhDs in linguistic and in comparative religion. He is an op-ed contributor to the New York Times.