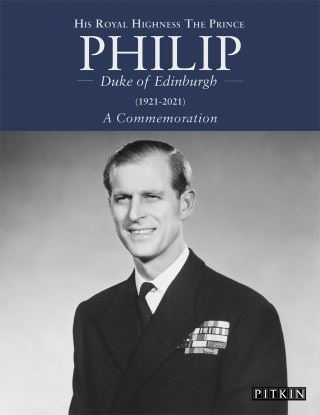 His Royal Highness The Prince Philip, Duke of Edinburgh

This fully-illustrated souvenir guidebook celebrates a remarkable man and includes rare, historical images of Prince Philip throughout his private and public life

As the longest serving royal consort in British history (1921-2021), it is now time to celebrate Prince Philip’s remarkable contribution to the monarchy. A strong character full of vigour and verve, he found himself married to the most famous woman in the world, Queen Elizabeth II. They married for love and, although at times this man with strong opinions and enthusiasms of his own has found it hard to play a subordinate role, he has always been the Queen’s rock and support. Prince Philip, the Duke of Edinburgh, grew famous for speaking his mind, but as his loyalty to his wife and country and his devotion to duty became apparent, he has become a national treasure and a figure of great respect to the British public.

His marriage, fatherhood, early and distinguished career as a 1st Lieutenant in the Royal Navy are all detailed in this commemoration, as is the Duke of Edinburgh’s Awards scheme that has changed the lives of many young people.

This commemoration of the Duke of Edinburgh highlights how Prince Philip, as royal consort, has left an ongoing legacy not only to the sovereignty of Britain but also to his beloved royal family.

Her Majesty has never hidden the extent of her reliance on Philip, the man she has called: ‘My strength and stay all these years.’

Annie Bullen: Annie Bullen is a writer and journalist. She is author of several guides to National Trust properties and Pitkin city guides. She lives in Andover.|||

Annie Bullen is a writer and journalist. She is author of several guides to National Trust properties and Pitkin city guides. She lives in Andover.