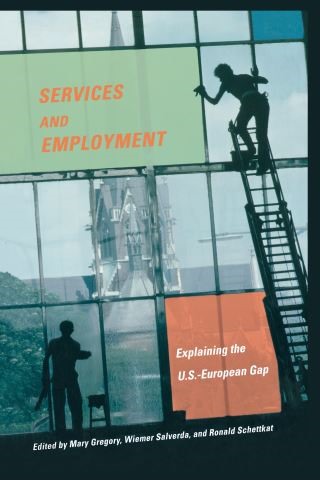 Why is Europe's employment rate almost 10 percent lower than that of the United States? This "jobs gap" has typically been blamed on the rigidity of European labor markets. But in Services and Employment, an international group of leading labor economists suggests quite a different explanation. Drawing on the findings of a two-year research project that examined data from France, Germany, the Netherlands, the United Kingdom, and the United States, these economists argue that Europe's 25 million "missing" jobs can be attributed almost entirely to its relative lack of service jobs. The jobs gap is actually a services gap. But, Services and Employment asks, why does the United States consume services at such a greater rate than Europe?

Services and Employment is the first systematic and comprehensive international comparison on the subject. Mary Gregory, Wiemer Salverda, Ronald Schettkat, and their fellow contributors consider the possible role played by differences in how certain services--particularly health care and education--are provided in Europe and the United States. They examine arguments that Americans consume more services because of their higher incomes and that American households outsource more domestic work. The contributors also ask whether differences between U.S. and European service sectors encapsulate fundamental trans-Atlantic differences in lifestyle choices.