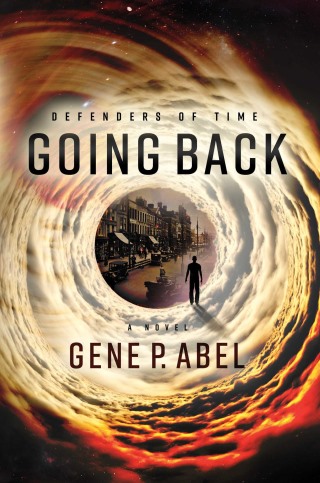 Time travel, science, history, and romance come together in the bestselling first novel in the Defenders of Time Series.

When two scientists at a symposium on time travel are killed, followed immediately by the shocking detection of a time displacement wave, or TDW—the science world is shaken by the signs of someone traveling back in time to change the past. While their identity and goals are unknown, it’s clear that they’ll have to be stopped before they change the pattern of history.

Special Agent Lou Hessman and his team are tasked with going back to the New York City of the year 1919 to find and stop this TDW. Not an easy task under any circumstance, but the question remains: Are these changes something they want to fix?

Look for the Defenders of Time series to continue with Kidnappers from the Future, coming October 8, 2021

Gene P. Abel: Gene P. Abel brings a successful and diverse educational and professional background to his writing. Mr. Abel's formal education includes earning a bachelor of science degree in finance and a master of business administration. His thirty years as a highly successful business executive in both the private and public sectors overlay his thirty years' service as a commissioned officer in the United States Army and Army Reserve. After graduating as a Distinguished Military Graduate from Penn State, Mr. Abel spent five years on active duty as a Regular Army officer and twenty-five years as an Army Reserve officer, with such diverse assignments as nuclear weapons officer and finance officer. He completed the Army War College in 1985 and was awarded the Meritorious Service Medal on two occasions. Mr. Abel was nominated for brigadier general and retired from the US Army as a colonel.