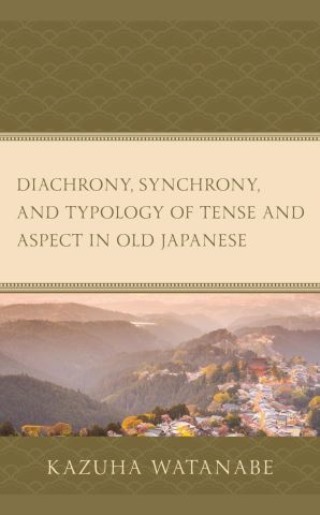 Diachrony, Synchrony, and Typology of Tense and Aspect in Old Japanese

Diachrony, Synchrony, and Typology of Tense and Aspect in Old Japanese reconstructs the synchronic system of tense and aspect in Old Japanese, which until now had not been examined using the tools of contemporary linguistic theory. Kazuha Watanabe analyzes syntactic distribution of the temporal suffixes in the Man'yōshū, an eighth-century poetry collection, and compares the results with data from well-attested languages. The author then integrates the semantic property of each suffix into the overall synchronic tense-aspect system of Old Japanese. Watanabe further compares the reconstructed system with the distributions of the same suffixes in Early Modern Japanese using Genji Monogatari, an eleventh-century novel, in order to provide further support for the synchronic analysis of Old Japanese. This approach is fundamentally different from traditional analyses, which identify the meanings of the temporal suffixes based on contextual information. In addition, previous analyses have produced a uniform analysis covering the entire 700-year period from Old to Early Modern Japanese. Instead, Watanabe proposes that Old Japanese had a temporal system distinct from the later period.

Kazuha Watanabe is associate professor and coordinator of the Japanese program in the Department of Modern Languages and Literatures at California State University, Fullerton.