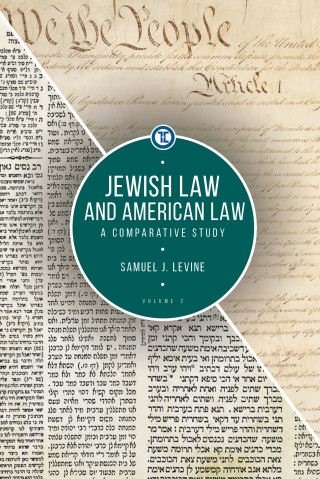 This volume contributes to the growing field of comparative Jewish and American law, presenting twenty-six essays characterized by a number of distinct features. The essays will appeal to legal scholars and, at the same time, will be accessible and of interest to a more general audience of intellectually curious readers. These contributions are faithful to Jewish law on its own terms, while applying comparative methods to offer fresh perspectives on complex issues in the Jewish legal system. Through careful comparative analysis, the essays also turn to Jewish law to provide insights into substantive and conceptual areas of the American legal system, particularly areas of American law that are complex, controversial, and unsettled.

Samuel J. Levine: Samuel J. Levine is Professor of Law and Director of the Jewish Law Institute at Touro Law Center. He has also served as the Beznos Distinguished Professor at Michigan State University College of Law, and he has taught at the law schools at Bar-Ilan, Fordham, Pepperdine, and St. John’s Universities.