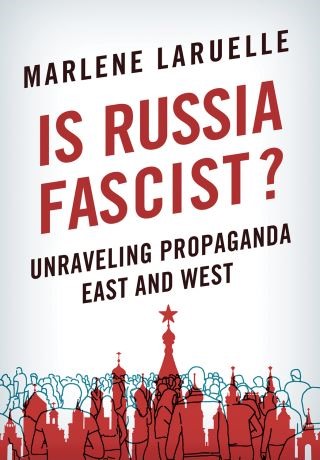 In Is Russia Fascist?, Marlene Laruelle argues that the charge of "fascism" has become a strategic narrative of the current world order. Vladimir Putin's regime has increasingly been accused of embracing fascism, supposedly evidenced by Russia's annexation of Crimea, its historical revisionism, attacks on liberal democratic values, and its support for far-right movements in Europe. But at the same time Russia has branded itself as the world's preeminent antifascist power because of its sacrifices during the Second World War while it has also emphasized how opponents to the Soviet Union in Central and Eastern Europe collaborated with Nazi Germany.

Laruelle closely analyzes accusations of fascism toward Russia, soberly assessing both their origins and their accuracy. By labeling ideological opponents as fascist, regardless of their actual values or actions, geopolitical rivals are able to frame their own vision of the world and claim the moral high ground. Through a detailed examination of the Russian domestic scene and the Kremlin's foreign policy rationales, Laruelle disentangles the foundation for, meaning, and validity of accusations of fascism in and around Russia. Is Russia Fascist? shows that the efforts to label opponents as fascist is ultimately an attempt to determine the role of Russia in Europe's future.

Marlene Laruelle is Research Professor of International Affairs and Director of the Institute for European, Russian, and Eurasian Studies at The George Washington University. She works on Russia's ideological landscape at home and its export abroad.