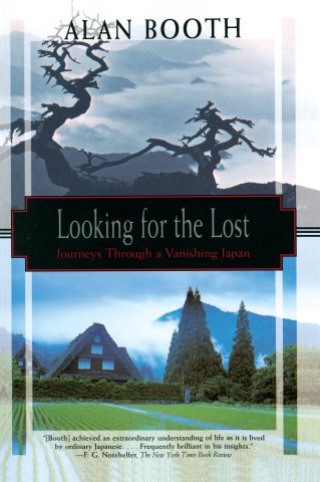 Looking for the Lost

Journeys Through a Vanishing Japan

A VIBRANT, MEDITATIVE WALK IN SEARCH OF THE SOUL OF JAPAN
Traveling by foot through mountains and villages, Alan Booth found a Japan far removed from the stereotypes familiar to Westerners. Whether retracing the footsteps of ancient warriors or detailing the encroachments of suburban sprawl, he unerringly finds the telling detail, the unexpected transformation, the everyday drama that brings this remote world to life on the page. Looking for the Lost is full of personalities, from friendly gangsters to mischievous children to the author himself, an expatriate who found in Japan both his true home and dogged exile. Wry, witty, sometimes angry, always eloquent, Booth is a uniquely perceptive guide. Looking for the Lost is a technicolor journey into the heart of a nation. Perhaps even more significant, it is the self-portrait of one man, Alan Booth, exquisitely painted in the twilight of his own life.

Alan Booth: ALAN BOOTH was born in London in 1946 and traveled to Japan in 1970 to study Noh theater. He stayed, working as a writer and film critic, until his death from cancer in 1993. His books include The Roads to Sata.