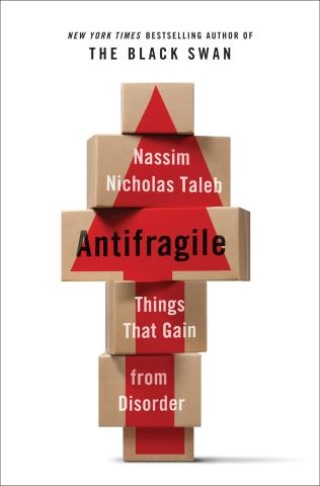 Fooled by Randomness, The Black Swan, The Bed of Procrustes, Antifragile, Skin in the Game

The landmark five-book series—all together in one ebook bundle

The Incerto is an investigation of opacity, luck, uncertainty, probability, human error, risk, and decision making when we don’t understand the world, expressed in the form of a personal essay with autobiographical sections, stories, parables, and philosophical, historical, and scientific discussions, in non-overlapping volumes that can be accessed in any order. The main thread is that while there is inordinate uncertainty about what is going on, there is great certainty as to what one should do about it.

This ebook bundle includes:
FOOLED BY RANDOMNESS
THE BLACK SWAN
THE BED OF PROCRUSTES
ANTIFRAGILE
SKIN IN THE GAME

Nassim Nicholas Taleb: Nassim Nicholas Taleb spent twenty-one years as a risk taker before becoming a researcher in philosophical, mathematical, and (mostly) practical problems with probability. Although he spends most of his time as a flâneur, meditating in cafés across the planet, he is currently Distinguished Professor at New York University’s Tandon School of Engineering. His books, part of a multivolume collection called Incerto, have been published in forty-one languages. Taleb has authored more than fifty scholarly papers as backup to Incerto, ranging from international affairs and risk management to statistical physics. Having been described as “a rare mix of courage and erudition,” he is widely recognized as the foremost thinker on probability and uncertainty. Taleb lives mostly in New York.