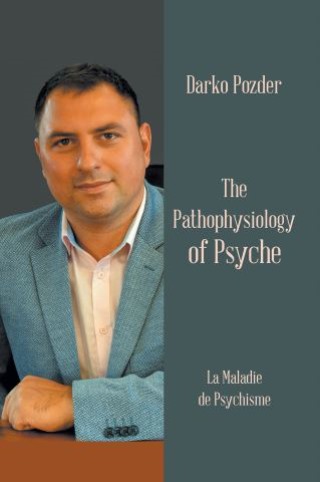 The Pathophysiology of Psyche

Mental health is ever changing and vibrant; this book looks at various aspects of depression, borderline personality disorder, narcissism, posttraumatic stress disorder and schizophrenia. Chapter 1 begins by defining depression and looking at the different types of depression. The relationship between depression and brain anatomy is an issue that cannot be ignored; therefore, this chapter addresses this issue in depth. Does depression cause inflammation or is the opposite true, this has been discussed in chapter 2. There exists a correlation between the immune system, depression, and neurological disorders; chapter 3 looks at this correlation. At times depression can be resistant to conventional treatment; chapter 4 discusses how buprenorphine can be used to treat this kind of depression and how buprenorphine’s chemical structure should be used in order to develop a new more effective mu opioid receptor and antagonist at the kappa receptors . People's way of life (lifestyle) has significantly contributed to depression. Many people nowadays are eating junk foods, are living sedentary lifestyles, have become addicted to illegal substances, nicotine, and alcohol. This kind of lifestyle has increased the risk of depression among many people. Chapter 5 addresses the impact this lifestyle has on depression and measures those engaged in such destructive habits can adopt to reduce their risk of depression or learn how to manage their depressive symptoms. Possible causes, neurological roots, brain anatomy, comorbid diagnosis and common misdiagnosis of borderline personality disorder as well as self harm and narcissism is pinpointed in chapters 6 and 7. Chapter 8 is stressing about current unsuccessful treatments for borderline personality disorder, therefore, new promising treatments are proposed in chapter 9. What is a hidden relationship between a silence stroke and PTDS symptoms is discussed in the chapter 10. The last chapter is looking deep into direct correlation between structural damages of gastrointestinal tract and antibodies as well as their impact on Brain-Derived Neurotropic Factor or “BDNF” and neuroplasticity in people diagnosed with schizophrenia spectrum disorders. In addition, new treatments are proposed such as fecal transplant and anti inflammatory diet to improved symptoms and quality of life of people diagnosed with schizophrenia.

Darko Pozder: Darko Pozder is an Australian mental heath professional who has had medical and psychological education. Darko has completed extensive research and working experience at the Schizophrenia Fellowship of NSW. Darko's main professional and research interest include psychopathology and neuropsychology of mild traumatic brain injury (MTBI) and chronic traumatic encephalopathy. His book: Without Stigma: About the Stigma of the Mental Illness was published in 2018 and its second edition Without Stigma, About the Stigma and the Identity of the Mental Illness appeared in early 2019 and has received nomination for 2020 NSW / ACT Regional Achievement and Community Awards from Local health districts of NSW.