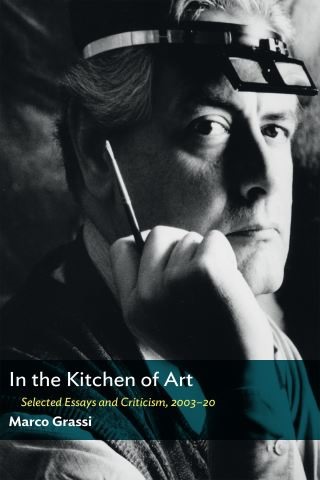 In the Kitchen of Art

Deeply learned, and with a style all his own, Marco Grassi is as at home with Duccio as he is with Norton Simon; Bronzino as with Bernard Berenson; a painting on his desk as with a Last Supper in Florence’s Basilica of Santa Croce. In the Kitchen of Art selects the art conservator and dealer’s most memorable contributions to The New Criterion over a span of nearly twenty years. Beginning with a previously unpublished memoir of his own Florentine upbringing, and continuing with in-depth critical discussions of the greats of Italian art along with recollections of the grandest collectors of the twentieth century, this book shows the art world in the round.

Marco Grassi, of a Florentine family long active as collectors, dealers, and scholars of Renaissance art, completed undergraduate studies at Princeton. After military service, he trained as a fine arts conservator at the Uffizi in Florence, as well as in Rome and Zürich. His first professional practice was in his native city, and he later served as a visiting and consulting conservator to a number of prominent private collectors, including H. H. Thyssen-Bornemisza in Lugano and Norton Simon in Pasadena. Beginning in the early 1970s, he continued his conservation practice, dividing his time between New York and Europe, where, to this day, he serves a diverse clientele of collectors and dealers. He now also partners with his son Matteo, a dealer of European Old Master paintings based in Paris. Marco and his wife Cristina Sanpaolesi Grassi, a pastel artist, have homes in New York and Florence.