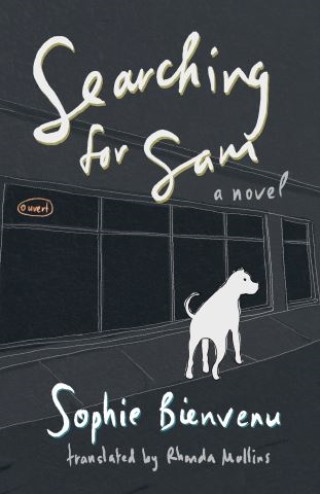 A tender look at the underside of our cities, and the people that get left behind.

Sophie Bienvenu: Sophie Bienvenu is an author and screenwriter. Her first novel, Et au pire, on se mariera, was published by La Mèche in 2011, and with France’s Éditions Noir sur Blanc in 2014. It earned her the Prix des Arcades de Bologne in 2013 and the Prix du premier roman de Chambéry 2015, and she co-wrote the adaptation for the big screen by director Léa Pool in 2017. Chercher Sam, her second novel, published in 2014 by Le Cheval d’août, was well received by critics and readers, and was on Ici Radio-Canada’s top 100 books. She likes: pit bulls, feminism, Montréal, the UFC, getting tattoos, and wearing her boyfriend’s clothes. She hates pineapple, but takes no issue if you like them.